Why Is the Great Resignation Happening Now? 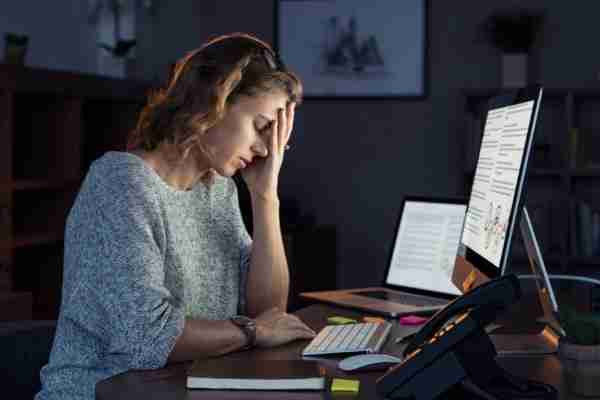 Why is the great resignation happening now?

Is The Great Resignation Still Happening?

For years, companies have been living on a precipice without knowing it. Access to human assets was a given, with concern for these employees being minimal. And, for the most part, employees did not rock the boat. Having the security of a job was enough of a safety net that other concerns were sidelined.

All that changed with COVID-19. Almost overnight, workers in client-facing industries like retail, restaurants, and hotels found themselves unemployed. As these industries collapsed, businesses that were dependent on them began to fail. Many a well-run company – and some that thought they were well-run – found themselves locked in a slide toward the precipice.

Employees went to check their safety nets and found them to be full of holes. And thus, began long months of fear and belt-tightening. So, it wasn’t surprising that, once things began to normalize, the workforce balked at returning to the same old-same-old.

Why are Businesses in America Struggling?

Top management is anxiously asking the question: how to combat the great resignation? The solutions some businesses came up with made employees angrier still. Let’s look at a few:

The Real Reason Everyone is Quitting Their Jobs

When it comes to running a successful business, savvy leaders see problems as not having one-off simple solutions, so much as being symptoms of the same problem: Having an organization that’s out of alignment. In other words, not being on the same page. This may be one reason why are so many people quitting their jobs now.

Today, “not being on the same page” can arise when such factors as growth spurts, diversity issues, high turnover, and remote work create divisions. These include imagined divides between management and staff and white- and blue-collar workers; as well as spatial divides as more and more employees work from home.

The less that people communicate and instead concentrate on their respective silos, the more your company is failing by a thousand cuts. Now imagine that an unprecedented disaster that you cannot control is about to hit your company. With your present competence, ask yourself: Will we survive?

How Many People Leave Their Jobs Because of Managers

As per surveys carried out by ValuePenguin, 82% of workers would consider quitting their jobs because of a bad manager – a very high percentage of workers. This leads to a bigger question: how to retain employees during the great resignation?

Being on the Same Page Will Save Your Company

Ours is an umbrella, universal solution that can be applied in several ways. Work Excellence has worked with top Fortune 100 companies like Nationwide and Cardinal Health to mid-size and privately held companies. We’ve even worked with single-person start-up companies. In each case, the problems caused by not being on the same page bring them to us.

In a way, we work like a professional closet organizer who teaches you how to organize your own closet. We identify and educate “leaders” within your organization on the method of Work Excellence. In multiple organizations, we have educated and coached 30-50 leaders. By using our method, these leaders can evaluate, get on the same page and execute quicker, better, faster with less energy spent.

Are you ready to get on the same page? Call us today!

Is Your Organization Ready to Get on the Same Page?

Contact us today for more information about our Work Excellence business performance improvement packages. We can assess your needs and prescribe the best package for you.